The owner of the building and the project is Latvian SJSC «State Real Estate».

Our part of the project focused on the eastern part of the Riga castle which is to be rebuilt into a museum. 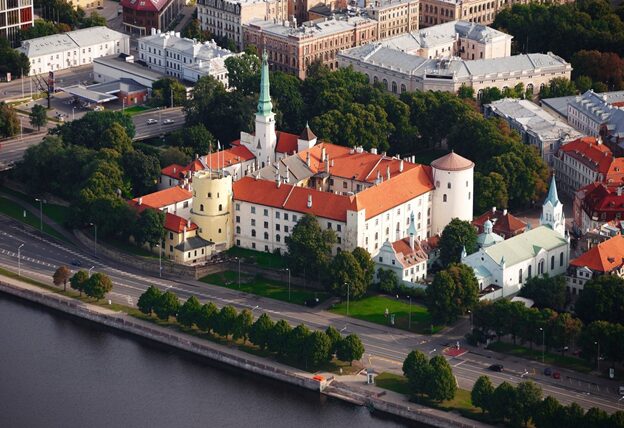 Riga castle is one of the most significant historical buildings in Latvia. Founded in 1330. and undergone many major reconstructions in its lifetime under many different rulers - Swedes, Germans, Imperial and Soviet Russians, Latvians. The castle also is the residence of the president of Latvia. 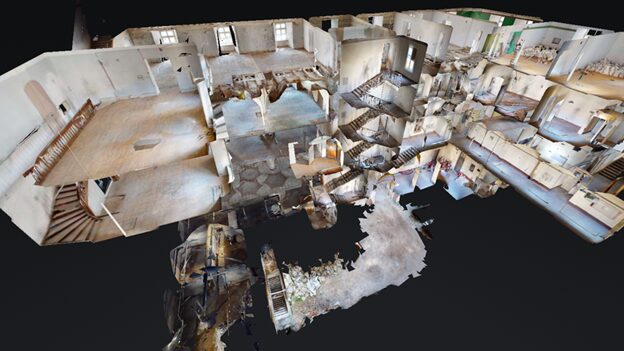 For our company the first deliverable was a report on vertical and horizontal structure deviations necessary for structural engineers to make decisions on how the building can be used in the future. The deviation report was done in two ways:

1. The point cloud was imported in Autodesk software Revit and analysis of the structural elements based on their deviations from horizontal and vertical lines was made by sectioning buildings parts.

2. The other method of the analysis was to create so called heatmaps which showed deviations against perfectly horizontal and vertical planes. It was done using Faro's As-build plugin for Revit and it showed that basically none of the facades are perfect and deviations from the vertical structures in the most extreme cases were around 30cm and more.

For these reports to be useful it is crucial to work closely with the main users of the information, in this case structural engineers, who knew the best what the results mean in terms of structural performance of the building.

This analysis is just one of the many great examples of how new technology helps make better decisions with information that previously was not available.

Client’s technical requirements regarding the inventory model were short - specific tolerance of actual situations and computer model difference no more than 2-3cm from the point cloud, a specific tool to be used - AutoCAD Architecture (hereinafter ACA), IFC export.

At the beginning we were sceptical about using ACA instead of Revit, but doing some testing allowed us to be a bit more confident about the modelling process up ahead. 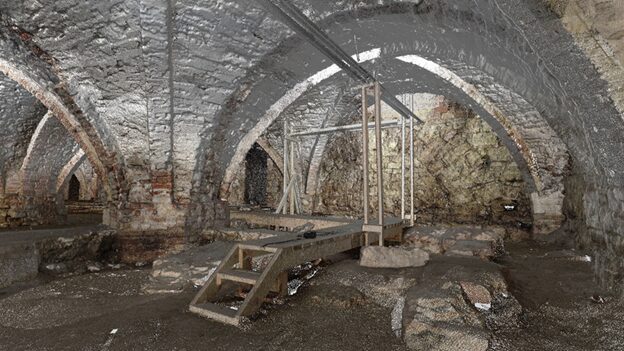 As mentioned previously, the building is rich with history which means that different modelling strategies were applied based on the objects, their location and condition. 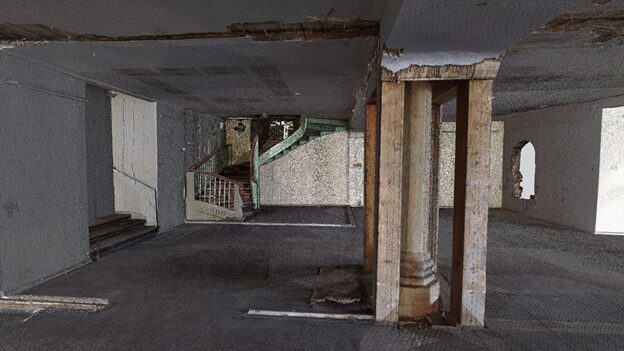 We started the process with a project management plan (PMP) to reduce potentials risks. The PMP included all the information we could get, the stakeholders of the project, what team & resources we should assemble, estimated time, and work breakdown.

We understood quickly that using only ACA for modeling would not allow us to get high precision for objects such as vaults, stairs, and roof structures. Therefore we proposed the client to review a test area we modeled offering other solutions that might work. 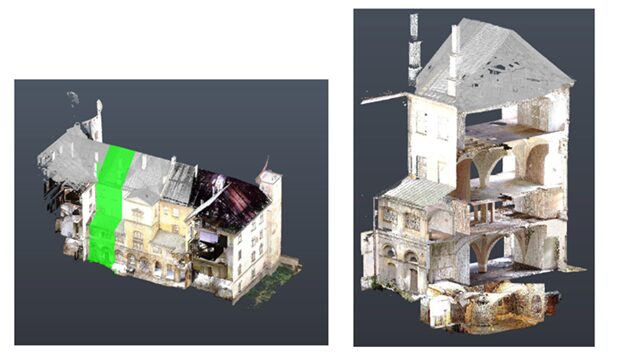 We did the research for approximately a month to find the most appropriate solutions. And after confirmation from the client, the modelling of the whole building started.

The creation of models was subdivided into levels. This allowed to subdivide tasks between several team members and also submission to the client. 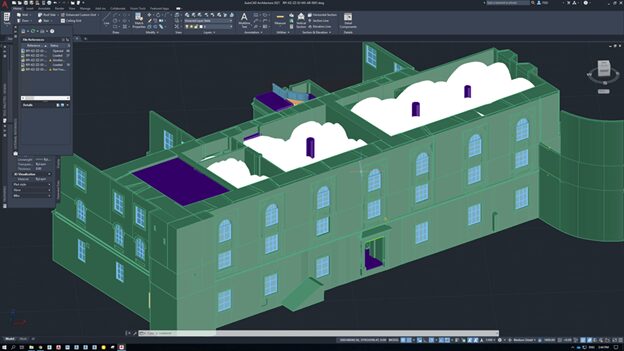 As mentioned previously several object types were found either impossible or too time consuming to model in ACA to get the necessary accuracy. Client agreed that these objects could be created using meshes. We tested many different approaches, but it took a lot of time to find the right balance between accuracy, file size, ability to import the meshes into ACA. For mesh creation we decided to go for Geomagic software and the surveyors helped a lot with this. 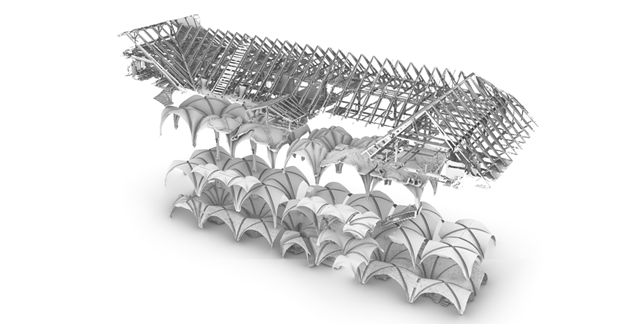 All the meshes had to be pre-processed before inserting into ACA. We used Rhino to cut out the unnecessary volume, process errors, and export to a valid format. This also proved to be very time consuming. 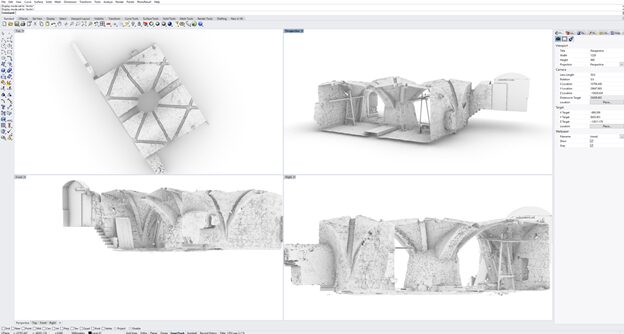 For the rest of the building, the approach of modelling each separate object was taken because in historic buildings not a single wall, floor, or other object is straight. It was also important to know the planned use of the model early and in this case, the client was planning to use the model in construction for coordination purposes. This was also taken in account regarding modelling strategy e.g. modelling tolerances. 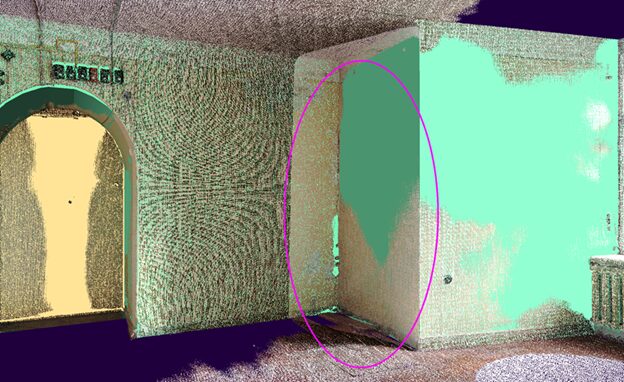 During the modelling phase thousands of issues were found and resolved using different methods - walkthroughs, sectioning and also a site visit with model viewers on tablets.

All in all, it took a significant effort to get the requested precision and many iterations of QC and re-modelling. 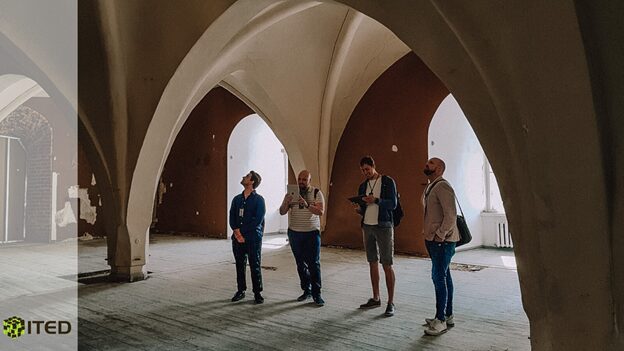 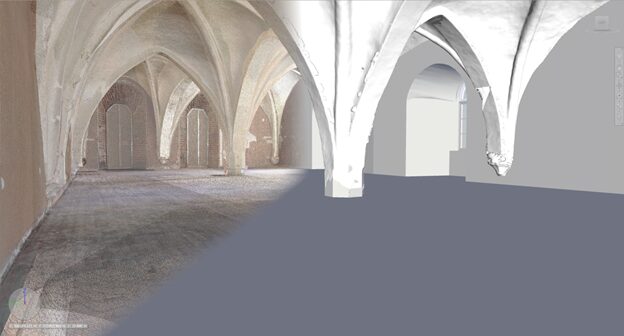